Advantages and Disadvantages of a Hybrid Car 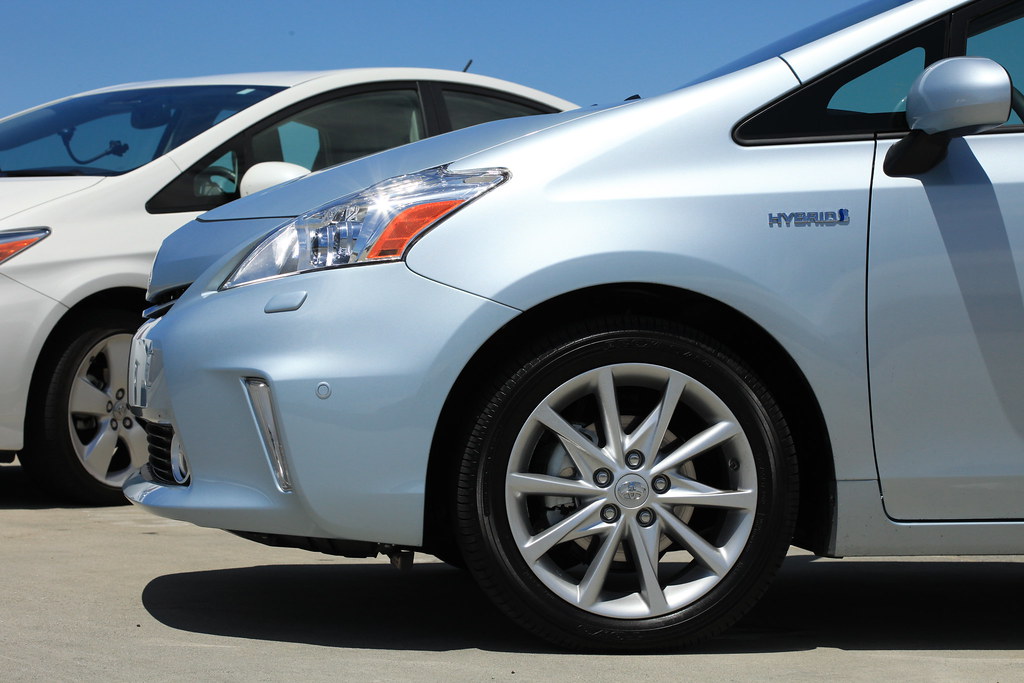 For many people, hybrid cars serve as an entry point into the world of electric vehicles.

These vehicles use a traditional combustion engine along with an electric motor to move the car.

As hybrid technology has advanced over the years, hybrid cars are becoming increasingly popular and more and more people are getting drawn into the hybrid craze.

But why should you look into a hybrid car in the first place?

What are some of the advantages and disadvantages of a hybrid vehicle?

In this article, we’ll be discussing what hybrid cars are all about to see if they deserve a new home in your garage.

Hybrid cars come in a few variations, with the most common ones being the regular hybrid (HEV) and the plug-in hybrid (PHEV).

It’s important to understand the differences between these two as not every hybrid car will fit a driver’s situation.

Let’s take a look at these two hybrids in greater detail.

These vehicles feature both a full-sized internal combustion engine and an electric motor with a battery pack.

The engine or the motor can be used to single-handedly drive the car or they can work together to provide more power and acceleration.

In most cases, the electric motor is used for low-speed acceleration while the internal combustion engine takes over at high RPMs, allowing both to operate at maximum efficiency.

While HEVs provide increased acceleration and fuel economy over their non-hybrid counterparts, they usually don’t come with a large enough battery to travel meaningful distances with the electric motor alone.

HEVs also use a generator powered by the engine to charge the battery which means it cannot be plugged into a wall outlet.

HEvs are perfect for people looking to transition into the world of hybrids, but don’t have to worry about charging their car’s batteries.

The convenience along with the increased fuel economy are compelling reasons for anyone wanting to experience a hybrid electric vehicle.

Advantages of an HEV:

Disadvantages of an HEV:

As you might expect, a plug-in hybrid electric vehicle (PHEV) comes with an electric socket where you can plug the car to charge its batteries externally.

The battery packs of PHEVs are larger than those of HEVS and allow for 20-80 kilometres of driving with the electric motor only.

But the point of PHEVs isn’t to just get by on the electric charge – these are still hybrids.

The most noticeable change comes with plugging them in every night which means you get to save even more fuel and rely more on the electric motor instead of the internal combustion engine.

PHEVs are the solution to range anxieties that come with owning a standard HEV while still enjoying the benefits of a hybrid vehicle.

In fact, some PHEVs have a phenomenal combined petrol/EV range, with one example being the Mercedes-Benz E300e and its 2,700-kilometre distance between refills.

That’s just amazing and will definitely slash your fuel consumption by more than half. And since PHEVs have their petrol engine, you can stop and fill up anytime.

Now the downside of plug-in hybrids is that if you can’t plug it every night, you won’t experience those benefits we’ve mentioned.

While they’re still more fuel-efficient than their petrol counterparts, you’ll end up paying a premium for the plug-in tech that you’re not utilising to its full potential so do keep that in mind.

So, are hybrid cars worth it?

The answer is, it depends. If fuel economy and lesser emissions are important to you, then a hybrid car may be able to get you your money’s worth.

Keep in mind that hybrid vehicles are more complex and are generally more expensive to maintain than their petrol-based counterparts.

Still, if you’re interested in jumping into the world of EVs, then hybrid cars are a great introduction.

Just make sure to weigh the pros and cons of the specific hybrid type that you’re looking to buy to ensure the vehicle fits within your driving needs.