How to Differentiate: Sports Car vs Supercar vs Hypercar 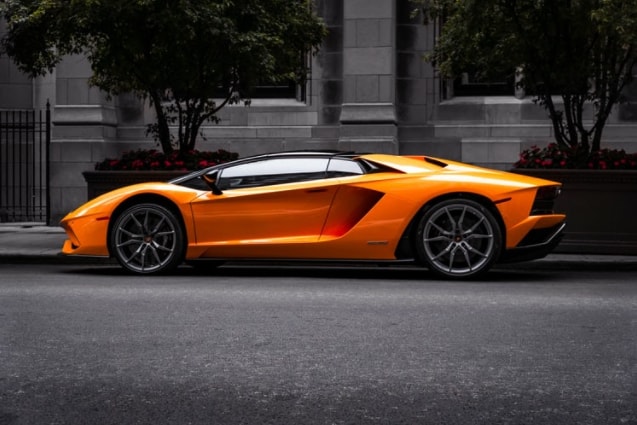 The automotive world knows of only three main categories when it comes to performance cars: sports cars, supercars, and hypercars.

Petrolheads automatically know what a car is and where it falls under the three categories in just one look.

It is an automatic reflex among all car aficionados, an autopilot reaction that is difficult for others to understand.

It is so natural and ingrained among car lovers that it becomes extra tricky for anyone to come up with a solid and tangible answer when this question is asked:

what is the difference among sports cars, supercars, and hypercars?

Before anything else, let’s be clear that a topic as debatable as this will always have a subjective point of view.

At the end of the day, it’s ultimately impossible to differentiate every single aspect in all the many particularities, factors, and dynamics that make up and defines a car.

But in hopes to at least have a tangible resolution, we will make differentiating between the three easy for you.

Speed is the ultimate differentiating factor between the three.

In plain sight, one can easily determine if a car is a sports car, supercar, or hypercar if one will depend on how fast that car can go.

Of the three, sports cars are third in rank, supercars go second, while hypercars reign supreme.

However, speed is not the only factor to consider.

The following factors also come into play when comparing and differentiating sports cars, supercars, and hypercars:

4. Position of the engine

One should never rely on speed alone.

It will all depend on set-up, top speed, and acceleration statistics.

It can even be confusing as factors meld like in the case of Aston Martin’s Vantage GT8. An Aston Martin Vantage GT8 is priced like a supercar but is actually a sports car.

Not only that, it was also produced in such low volumes, which is normally associated with the production of hypercars. Pretty confusing eh?

On our end, beyond speed and other factors, one should ultimately consider a car’s feel in categorizing and differentiating between the three.

It is easy to know and categorize a car depending on the feel and experience that it gives to a driver.

Lines can seem to be blurry among the three main automotive categories, so do read on to have a clearer insight.

Sports Cars may seem to be at the bottom of the list but these automotive species but there’s something about them that brings about grace, ease, and poise.

Amazingly, it can fully transform as such traits can easily be diluted for every added horsepower. Sports cars are good old examples of solid driver’s cars.

You can use them anywhere and actually experience driving highs on great roads. Drivers are free to explore with sports cars.

Of the three, sports cars have the widest spectrum. From Mazda MX-5 to Porsche’s 991.2 GT3, drivers have numerous delightful options to choose from in this category.

Sports cars can utilize rear, four, and even front-wheel drive.

Its engine can be placed on the front, middle, or rear.

Sports cars are very fun and thrilling to drive. Sports cars usually have up to 500 horsepower.

The following are examples of sports cars:

A supercar is intimidating across all endpoints. It offers prestige and drama as it is more expensive by leaps and bounds if be compared to sports cars.

It is also more technologically advanced if be compared to sports cars. Supercars have horsepower that usually goes over 500.

Supercars are more zoned in on performance so one is pretty tricky to use for errands and similar activities.

However, significant improvement has been introduced in the past years.

Some can now be used on a daily basis like McLaren’s 720S and Porsche 911 Turbo.

However, some can be front-engined like Corvette ZO6 and Dodge Viper. The same two cars also happen to be the only two supercars that use a manual transmission.

Almost all supercars use DSG or paddle shit. Supercars never have front-wheel drive. Most use rear and four-wheel drive.

McLaren is pretty outstanding when it comes to sports cars. So much so that some of their models can easily be deemed and feel like supercars or even hypercars, like its 720S.

Hypercars are of a totally different level that not all drivers can possibly handle one.

Only expert drivers and professionals can fully manage and process it’s out-of-this-world speed, technology, and madness.

Seeing a hypercar always takes my breath away. Hypercars are basically made to take one’s breath away.

Hypercars can run on death-defying speeds.

So much so that it’s impossible for sports cars to even come close to its performance.

Driving it on public roads is such a bummer as it can only ever use a tiny fraction of its power and potential.

Hypercars are such monstrous kings of the road that anyone who drives it needs to have a delicate touch. It has larger than life power and capabilities that only a true master driver can control.

It has so much power and capabilities that it’s hard to imagine that sometimes it becomes hard to process how it is actually solid and can even stay still.

Driving one can give someone an unexplainable dangerously delicious high.

Almost all hypercars have their engine in the middle.

Almost all models no longer come with a manual gearbox as most usually just have paddles.

Hypercars are unhinged and larger-than-life across all endpoints, from the engine, style, and even pricing. To have one, you at least need to have £500,000.

All advanced and futuristic technologies always debut first in hypercars. Supercars and sports cars can only follow suit years after. Hypercars always lead the pack.

Always remember that speed is never the sole basis when it comes to categorizing cars.

The world of performance cars is so rich and diverse that it’s nearly impossible for one lifetime to be enough when delving deep into it.

But with the factors that we’ve discussed and samples that we’ve given, we know that you now roughly have an idea when it comes to differentiating sports cars, supercars, and hypercars. Drive on!