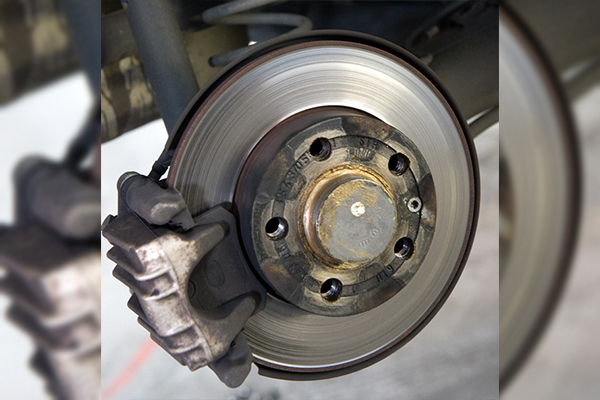 Making your car brake in time on a tricky and slippery road is no easy feat. Anti-lock braking systems (ABS) alleviate some of the tension that can accompany such a tense situation. Anti-lock brake systems have made today’s vehicles safer than ever before, but how do they actually work? In this article, we will be going over a helpful guide to ABS brakes to help you better understand how this complex life-saving system works.

What is the history of ABS?

At the turn of the twentieth century, a system for rail vehicles was developed that used ABS technology as a foundation. As hard as automotive firms tried, they couldn’t make the notion work for them at first. Commercially feasible ABS systems could not be developed in the 1920s because the technology was lacking in that era. It was impossible to come up with an economical and straightforward solution. ABS’s high cost was more challenging to justify in a car than in a plane.

In the 1920s, Gabriel Voisin, a French engineer, is frequently credited with designing the first aircraft anti-lock braking system. Early on, Tony Wilson-Jones, of the British Enfield Cycle Company argued against using ABS because he thought it was an unneeded technology. These early ABS ventures finally led to a 30% increase in braking performance and a reduction in runway tyre burns or bursts.

The Dunlop Maxaret, an aviation anti-skid device, was widely used in the United Kingdom and Europe by the mid-1950s and eventually became standard on many planes. Planes could also carry more weight thanks to the technology, which allowed them to stop earlier and save on tyres. A decade later, Maxaret made its way to motorbikes, where skidding was a common cause of collisions, albeit it was never used in production at that point. However, only experimental and race automobiles were equipped with a mechanical ABS during the 1960s.

Automakers began testing ABS systems on passenger automobiles in the 1960s. The Ford Zodiac prototype had one of the earliest viable ABS systems, but the cost of ABS drove other automakers to discontinue their attempts. Some rear-wheel-drive Cadillac models in the 1970s had ABS as an option, but it was a rarity among mass-market vehicles at the time. In the 1970s, Robert Bosch bought several patents and initiated a cooperative development effort with Mercedes-Benz, which led to the rapid development of modern ABS. Regarding anti-lock braking systems, Mercedes-Benz was at the forefront. In the 1980s, BMW engineers led the way in developing ABS for motorcycles, such as the K100, by incorporating it.

How does the ABS work?

The concept behind anti-lock brakes is straightforward. A skidding wheel (where the tyre contact patch is sliding relative to the road) has less traction than a wheel that is not skidding. It is possible that one or more of your car’s wheels could lock up after an abrupt stop, leaving you with limited control over your vehicle. During wheel lock, your vehicle’s wheels stop turning, causing it to skid. For years, drivers have been instructed to pump the brakes when they feel their vehicle skidding. Anti-lock brakes on all four wheels aid steering during emergency braking. If your vehicle does not have 4-wheel ABS or if the ABS is not functioning, pump the brakes if it begins to skid.

Currently, ABS technology automates the brake pumping procedure, allowing the driver to focus on directing the car to safety during an emergency. By preventing the wheels from locking during strong braking, anti-lock brakes allow you to maintain steering control. The anti-lock braking system aims to increase driver safety by minimising the likelihood of wheel lock and preventing skidding during severe braking. ABS functions most efficiently when tyres are properly inflated and in good condition.

In an anti-lock braking system, your vehicle’s wheel speed is monitored. If wheel lock is detected, a sensor sends a message to a controller that releases and applies the brakes up to 20 times per second, preventing lockup and allowing you to keep vehicle control.  In many modern automobiles and trucks, anti-lock brakes collaborate with other safety systems such as traction control and electronic stability control to make driving safer.

In a standard anti-locking braking system, the four most important components are as follows:

To prevent a wheel from locking up, the anti-lock braking system needs to be aware of the situation. This information is provided by the speed sensors, which can be found on each wheel or in the differential.

There must be a means to re-inject brake pressure, given that the valve can let go of the tension. The pump is designed to restore pressure to a line if a valve drops the pressure.

In the car, the controller is a digital system. The speed sensors are monitored, and the valves are controlled by it. Whether or not the ABS pump’s braking fluid is determined by the ECU, which receives data from sensors.

What are the advantages of ABS?

Brakes are applied and released several times in a second when an ABS is operating; this ensures that the wheels don’t lock up during heavy braking. Drivers can keep control of their vehicles even when the brake is already engaged, thanks to the quick response of an ABS.

While reducing speed, the car maintains its grip, allowing the driver to direct the vehicle using the wheel. In the event of an accident, this aids the driver in maintaining control of the car by steering. In comparison to conventional brakes, the Anti-Locking Braking System has substantial advantages.