How Long Does It Take To Fully Charge a Tesla 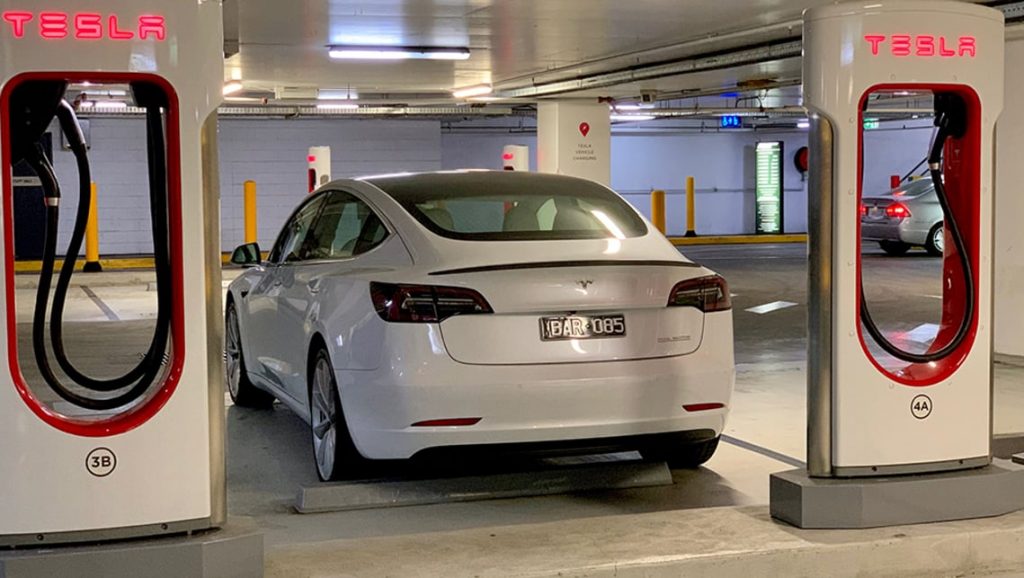 Battery-powered cars are fast becoming the norm and with Tesla paving the way for some class-leading innovations, there’s no denying that electric cars are the future.

But one of the many questions regarding electric cars is, “how long does it take before a Tesla gets fully charged?” It’s a really good question since while Tesla has expanded their charging infrastructure, it’s still ways ahead to where people can charge their electric cars anytime, anywhere.

At the moment, owners are most likely going to charge a Tesla at home which makes things even more interesting.

So, if you’re wondering how long it takes to fully charge a Tesla model, then you came to the right place. In here we’ll discuss the charging time of the Tesla from a charging station all the way to the convenience of your home.

Charging a Tesla in a charging station

Tesla has its own charging infrastructure called the Tesla Supercharger. It offers super-fast charging speeds and can top up your car’s battery at 80% in just 40 minutes.

You can travel almost anywhere with your Tesla when you connect to a supercharging station since most of these are located in regularly travelled highways. Such superchargers charge a Tesla at a rate of 120 kW and with Tesla’s upgraded Supercharger V3, it can reach a charge rate of 250 kW with zero charge splitting.

Charging a Tesla model from 10-50 % is much quicker than charging from 80-100%. This is because the car’s battery loses charge as it tops off. If you were to charge your vehicle at 20-50%, it will mostly take around 20-30 minutes with a Tesla Supercharger.

Conversely, a 100% charge will take you about an hour and a half to complete. Do keep in mind that charging times will increase when you have another Tesla charging next to you since both vehicles will be sharing the same circuit.

Tesla also has another charger called a destination charger which has a much slower charge rate than a Tesla Supercharger at just 8kW. These chargers are for when you arrive at your destination and you leave your Tesla plugged in overnight.

Destination chargers are usually installed near a private company like a hotel, restaurant, and other similar establishments where the patrons are allowed to use them.

Of course, these are just estimates and your mileage may vary depending on your battery’s charge level, its battery capacity, and the temperature of your car’s battery while charging.

Charging a Tesla at home

Things get a bit different when you charge your Tesla at home. Charging times are largely dependent on the charging system you have at home and the remaining capacity of your car’s battery.

This means it can take anywhere from an hour or even 12 hours for your Tesla model to be fully charged. When you go to a Tesla shop, you’ll receive three adapters and a mobile charging cord.

The three adapters consist of a standard wall outlet, a 240-volt outlet, and one that’s used in Tesla’s charging stations (except Superchargers). This goes for all the Tesla Model S and Model X variants.

The slowest charging system you can use at home is the NEMA 5-15 connector that plugs into a standard outlet. With a charge of around 4.8 kilometres per hour, you’ll have to leave your Tesla plugged in for a few days before it gets fully charged.

On the other hand, the NEMA 14-50 connector which plugs into a 240-volt wall outlet provides faster charging speeds compared to the previously mentioned NEMA 5-15. With this connector, you can fully charge your Tesla Model S in 8-10 hours and the Model X at around 10-12 hours.

How much does it cost to charge a Tesla?

On average, Tesla charges around $0.35-$0.45 per kW (this is in Australia that is) and the cost of charging your electric vehicle will depend on its current battery percentage and of course, the battery’s capacity.

Say your Tesla model is at near empty and you were to use a Supercharger to top it up, it will cost you around roughly $26.25 if the price per kW was $0.35.

Destination chargers are usually free of charge, although some establishments only allow patrons to use them. You can always ask the owner if you can top up your Tesla for free (which most of them agree to).

But since they don’t charge as fast as Superchargers, you may end up staying for the night and hit the road the next morning to ensure you have enough mileage with your Tesla model.

It’s quite difficult to determine the exact cost of charging your Tesla at home since energy companies charge per kW differently depending on your country.

Thankfully, Tesla has a charging cost calculator on its website which allows you to compare a Model S or Model X against petrol vehicles. In general, Tesla owners benefit from cheaper running costs compared to a petrol-powered car since the charging costs work out at around a third as much per kilometre with the same vehicle.

Other things to consider

If you want to maximise the battery charge of your specific Tesla, you can always adapt to new driving habits so you don’t have to plug into a charger as frequently.

Things like easing on the gas pedal and lessening unnecessary steering input can go a long way towards preserving your battery’s charge. Tesla estimates that a Li-Ion battery (the one that your vehicle uses) degrades at 5% for every 50,000 to 80,000 miles travelled.

While the car’s battery certainly has a long lifespan, you can extend that even further by reducing your charge frequency.

We recommend charging to 100% only when you’re doing long road trips. Even Elon Musk said it himself that a Tesla should not be fully charged unless you really need the extra mileage and you won’t be near a Supercharger for quite a while.

This is because charging a battery to 100% eats up a charge cycle and Li-Ion batteries only have a limited amount of cycles before it starts degrading. The sweet spot would be to not let the car’s batteries drop to 30% and charge them at 80% max.

This is the most beneficial charging habit for your Tesla at it helps extend the lifespan of the battery and reduces the number of charge cycles you use between each charge.

Aside from those, there’s really nothing else you should worry about. Charging your Tesla is like charging your phone battery, with the only difference being that your vehicle has a significantly larger battery capacity.

Now that you know how long it takes to fully charge a Tesla, you can better prepare for your daily commutes and long road trips.