What Does A Slip Light Mean And What Are Its Causes 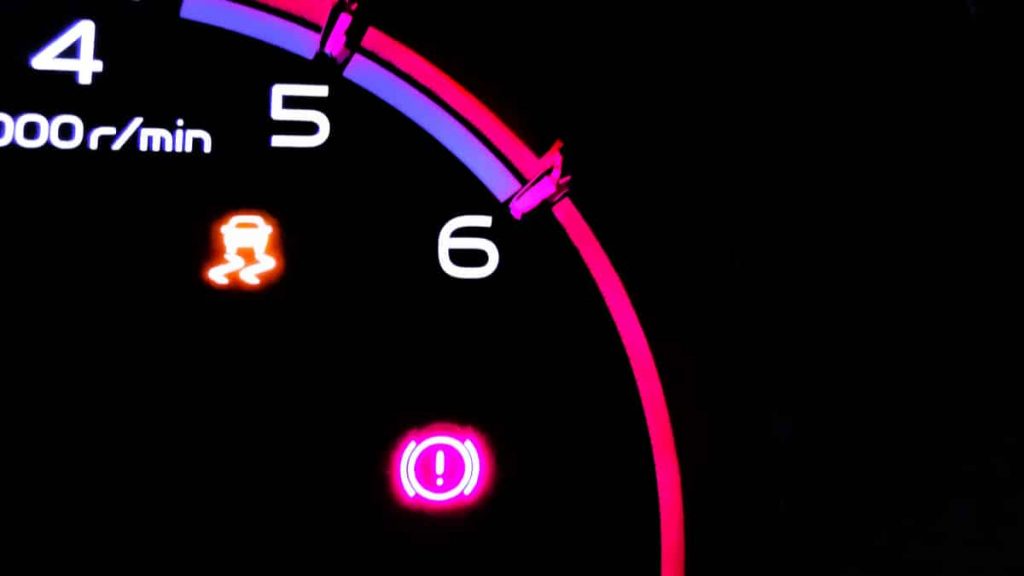 Your vehicle is equipped with innovative safety features that make driving more manageable and enjoyable. One of these systems is the Vehicle Dynamic Control (VDC), a system designed to improve traction and distribute torque to wheels as needed.

Accompanying this system, you have a slip light that will alert you when your tires are attempting to regain traction on the road after losing it. This generally occurs when the variable speed sensor (VSS) detects wheel slippage and activates the control system to prevent a collision.

In this article, we will be going over what a slip light means and the different causes for it turning on.

What is a Slip Light?

In addition, the slip light will indicate to drivers that the control system is operational. Slip control aims to regain traction when driving on slippery surfaces to prevent accidents.

Each wheel is equipped with sensors that transmit data to the PCM, also known as the Powertrain Control Module. These sensors will alert the vehicle’s system when lost traction, limiting engine power and activating the anti-lock braking system (ABS). This indicator indicates that the system is operating as intended.

During regular functioning, the slip light may illuminate momentarily until traction is restored. Then, the alarm will sound again. However, when the slip light illuminates and remains on, it may signify a more serious issue.

What causes the Slip Light to come on?

If the slip light flashes on the dashboard when accelerating, there is a strong likelihood that the driver is on a slick surface. However, your ABS may malfunction if the slip signal continues to light up even while traversing a solid roadway. There could be additional causes for your constant slip light signalling. Here, we have listed the prominent reasons for a slip light staying on:

A very prevalent cause of slip lights staying on is faulty wheel sensors. How do wheel sensors work? These sensors are also known as anti-lock braking systems (ABS sensors). The wheel sensor is responsible for sending data back to the powertrain control module (PCM). One sensor can be found on each wheel.

When one wheel travels faster than the others, the sensor alerts the powertrain control that traction has been lost. However, if a wheel sensor is defective or damaged, it may transmit inaccurate information, resulting in traction control system failure. If this occurs, the dashboard may display the slip and ABS warning lights.

Multiple wires within the ABS are required to be in optimal condition for signal transmission. If the sensor is not the issue, you should double-check the wiring to confirm that all connections and integrity are intact. If the wiring appears worn out, it should be replaced.

Warning signals will light up if there is a damaged or defective wire between the wheel sensors and the ABS control unit. Most of the time, the slip indicator light indicates that you have a flat tyre and should bring your vehicle to a repair facility. Other times a disconnected line can be readily reconnected. However, locating the damaged wire might be difficult and time-consuming.

The ABS control unit operates the complete system. It is considered the car’s central nervous system. This essential component monitors the ABS sensors and controls the braking pressure using the ABS modulator. The ABS control unit monitors all four wheels and controls each wheel individually, depending on its own feedback. This procedure contributes to the maintenance of stability while braking and steering.

A faulty ABS control device is dangerous. If any of these components are defective, the ABS control unit of your car will malfunction or behave abnormally. The ABS light and the slip light will illuminate when the ABS control unit fails. With a diagnostic scanner, you can pinpoint the problem’s location for a speedy repair. Better yet, you can hire a professional take a look as well.

The ABS ring is a sensor utilised by the ABS. This ring measures the speed of the wheel and transmits this information to the computer. When you press the brakes, they will evaluate whether the wheel is rotating too quickly or too slowly.

If there is an issue with the ABS ring, it will be unable to determine the rotational speed of each wheel. It is essential to know that all ABS sensors depend on ABS rings. Regardless of how carefully you keep your vehicle, it will ultimately require repairs. Concerning auto repair, several factors outside of your control might go wrong. If defective ABS rings are not repaired immediately, they can cause significant damage, notably to your vehicle’s braking system.

Is driving with the Slip Light on safe?

If you’re driving on a slippery surface and your slip light is flashing on and off, you shouldn’t worry—it’s doing what it’s supposed to! But if the light remains on, you should drive with caution. You can safely take the automobile in for repairs, but you should avoid long drives, speeding, and hazardous weather conditions such as rain, snow, and ice. If the cause is a pressure issue, driving could become more dangerous.

You must determine where the problem is within your car to turn off the slip light. If the indicator lights up and turns off, you are likely travelling on a slippery road, and the system is functioning correctly. However, if it does not turn off after regaining traction, an issue may need to be fixed. We highly advise that you call your local automotive repair team to take a look and give your car a proper diagnosis. Taking guesses about your vehicle’s condition isn’t really the best option; hire a professional to make your and your car’s life easier